What is the role of culture in poverty? Sociologists David Harding, Michèle Lamont, Mario Small (editors), and William Julius Wilson (contributor) take up the long-abandoned subject in their May 2010 volume of The Annals, “Reconsidering Culture and Poverty,” in which they reject an earlier view that people would cease to be poor if they simply changed their culture. Instead, they point to new research that reconsiders the ways in which “meaning-making” factors into the production and reproduction of poverty. They emphasize the need for careful empirical analysis of how the poor make sense of and explain their current situations, options, and decisions, and what they do to improve their prospects. They stress that ignoring culture can lead to bad policy if the real motivations of poor people are misunderstood or ignored.

On May 13, 2010, Harding, Lamont, Small and Wilson presented a policy briefing at the Capitol Visitor’s Center in Washington, DC, at which they summarized the findings of their volume. To listen to the three-part podcast of the briefing or read the transcript of the briefing, click on “Congressional Policy Briefing”. In addition, interviews with each scholar are available by clicking on their names below their photos below. 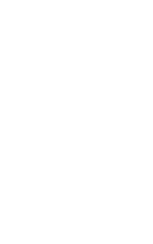