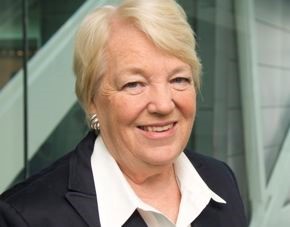 Former AAPSS Board Chair Heidi Hartmann, the Academy’s 2014 Charlotte Perkins Gilman Fellow, recently announced that she is stepping down as president of the Institute for Women’s Policy Research (IWPR), which she founded in 1987. She will continue as IWPR’s President Emerita and Senior Research Economist, where she will continue to advance IWPR’s influential work on paid family leave through its Policies for Action joint research hub with the University of California, Berkeley.

Hartmann has also joined the Urban Institute as a fellow, and she will continue to serve as editor of the Journal of Women, Politics & Policy, a premier academic journal that she has edited for the past 15 years. She will also still serve as a Distinguished Economist-In-Residence for Gender and Economic Analysis at American University.

Hartmann has a BA from Swarthmore College and MPhil and PhD degrees from Yale University, all in economics. Prior to founding IWPR, she was on the faculties of Rutgers University and the New School for Social Research. She also worked at the National Research Council/National Academy of Sciences and the U.S. Commission on Civil Rights. Hartmann was the recipient of a MacArthur Fellowship Award for her work in the field of women and economics in 1994, and winner of a Women of Vision Award from the National Organization for Women in 2012. In 2017 she received the Distinguished Career Award from the American Sociological Association.

The Academy wishes Heidi Hartmann all the best in this next stage in her illustrious career.