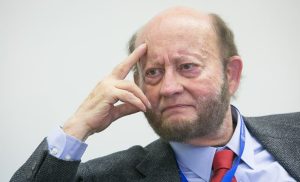 Inglehart was the Lowenstein Professor of Political Science and a research professor at the Institute for Social Research at the University of Michigan. His research throughout his life dealt with changing belief systems and their impact on social and political change. He helped found the Euro-Barometer surveys. For over 20 years, he directed the World Values Survey (WSV), which surveys representative national samples of the publics in more than 120 countries and has evolved into one of the most durable and useful longitudinal social science research tools studying social, political, economic, religious, and cultural values worldwide.

In 2010, with Eduard Ponarin, he founded the Laboratory for Comparative Social Research at the Higher School of Economics in St. Petersburg, Russia, focusing on comparative studies of social change.

Awarded the Johan Skytte Prize in 2011 along with longtime collaborator Pippa Norris, Inglehart was cited for having contributed “innovative ideas about the relevance and roots of political culture in a global context, transcending previous mainstream approaches of research.”

Inglehart received the Virginia A. Hodkinson Research Prize in 2005. He was also elected as a Fellow of the American Academy of Arts and Sciences in 2009. In 2014, he was awarded both the Mattei Dogan Prize from the International Political Science Association and the Helen Dinerman Prize from the World Association of Public Opinion Research. In 2018, he was named the most cited scholar in political science in the Political Science 400.