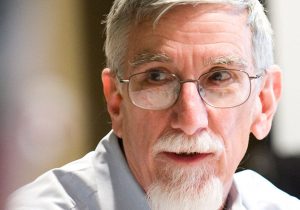 Robert Jervis, the 2012 AAPSS Robert Dahl Fellow and a towering figure field of international relations, died on December 9 at the age of 81.

Jervis had been a member of the Department of Political Science at Columbia since 1980. He was co-editor of the Cornell Studies in Security Affairs, a series published by Cornell University Press, and a member of numerous editorial review boards for scholarly journals. His research interests were wide-ranging across the fields of international relations, political psychology, and strategic studies, and included exploration of the nature of beliefs, international relations theory and the Cold War, and the links between signaling and perception.

Jervis was President of the American Political Science Association in 2000–2001 and received career achievement awards from the International Society of Political Psychology and the International Studies Association’s Security Studies Section. In 2006 he received the National Academy of Science’s tri-annual award for behavioral sciences contributions to avoiding nuclear war. He was also a Fellow of the American Association for the Advancement of Science and the American Academy of Arts and Sciences, and was a member of the Council on Foreign Relations, the American Philosophical Society, the National Academy of Sciences, and the British Academy. He was a Guggenheim Fellow in 1978–1979.  He chaired the Historical Review Panel for the CIA and was a National Intelligence Council associate.

Read more in the assessment of Jervis’s legacy here, or in the obituaries posted by the Saltzman Institute of War and Peace Studies and in the Washington Post.