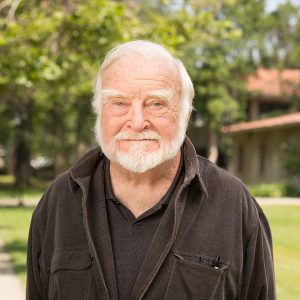 Mihaly Csikszentmihalyi, the 2003 AAPSS Mahatma M.K. Gandhi Fellow who described and studied the state of focused contentment he called “flow,” died on Oct. 20 at the age of 87.

Csikszentmihalyi had been Claremont Graduate University’s Distinguished Professor of Psychology and Management. He was also the founder and co-director of the Quality of Life Research Center (QLRC), a nonprofit research institute that studies positive psychology, the study of human strengths such as optimism, creativity, intrinsic motivation, and responsibility.

Born in Italy to Hungarian parents, Csikszentmihalyi grew intrigued by psychology in his late teens when he attended a lecture by Carl Jung in Switzerland. He moved to Chicago at the age of 22 and proceeded to earn a GED, a Bachelor’s degree in 1960, and a PhD in Psychology from the University of Chicago in 1965. He subsequently served as the head of the Department of Sociology and Anthropology at Lake Forest College, moving in 1971 to the University of Chicago, where he was head of the Department of Psychology. He retired from the University of Chicago in 1999 and moved to California, at which point he joined the faculty at Claremont.

Csikszentmihalyi was known for his research on the experience of flow, a psychological concept he introduced in his best-selling book Flow: The Psychology of Optimal Experience (1990) as a state of heightened focus and immersion in activities such as art, play, and work. Flow, he explained, is “a state in which people are so involved in an activity that nothing else seems to matter; the experience is so enjoyable that people will continue to do it even at great cost, for the sheer sake of doing it.” Csikszentmihalyi wrote numerous books and articles on managing flow, including Creativity: Flow and the Psychology of Discovery and Invention (1996). In 2004, he delivered a highly influential TEDTalk titled “Flow, the Secret to Happiness.” His research and writings on happiness and creativity had a major impact on the worlds of sports, art, and politics.