(Editor’s Note: The piece was written on June 2nd, 2022, prior to the Senate considering any bipartisan gun control legislation) 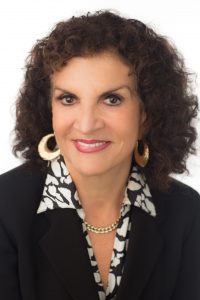 I write from Austin, days after the mass shooting at Robb Elementary School in Uvalde, Texas, the deadliest school shooting since the 2012 murders at Sandy Hook Elementary School in Newtown, Connecticut. Even before Uvalde’s innocent victims were laid to rest, another mass shooting occurred in Tulsa, Oklahoma, claiming four lives. Including the massacre at a grocery store in Buffalo, New York, this is the third mass shooting in as many weeks, two before and one after the annual convention of the National Rifle Association (NRA), where speeches invoked the Second Amendment to the U.S. Constitution—“the right of the people to keep and bear Arms.” Savvy politicians cite the 2008 Supreme Court decision in District of Columbia v. Heller, which protected individual rights to own guns, conveniently misinterpreting the decision to suit their political aims. Clerks for Justices Scalia and Stevens have explained that, despite their differing interpretations of the Second Amendment, Heller does not preclude legislation designed to prevent massacres like those witnessed in Uvalde, Buffalo, or Tulsa (Shaw and Bash 2022).

Even as the national media turns its attention to Tulsa and the next mass shooting, destination yet unknown, local coverage of the Uvalde massacre remains dominated by voices of traumatized survivors, ever changing facts surrounding the law enforcement debacle, and details of the lives lost, funeral by funeral, day by day. The nation has watched this horror movie many times before. According to Education Week (May 25, 2022), there have been 27 school shootings in 2022 so far and a total of 119 since 2018. Here in Texas, a 2018 rampage claimed the lives of eight students and two teachers at Santa Fe High School, just outside of Houston. The shooter was 17 years old. Afterwards, President Donald Trump expressed condolences; Secretary of Education Betsy DeVos asserted that school violence must end; and Democrats called for Congress to act. Prayers, “never again” declarations, and unfulfilled calls to action followed. Now, again, the cycle repeats, as it has since the mass shooting at Columbine High School in Colorado in 1999, Sandy Hook in 2012, Stoneman Douglas in 2018, and far too many others.

Predictably, the blame game is now at full throttle, as are investigations about what could have or should have been done to prevent the Uvalde atrocities. Investigations and finger-pointing are also routine, familiar elements of the repeating cycle. Breaking this cycle requires a different conversation, one informed by facts and evidence about gun violence prevention and led by politicians who listen to understand and have the courage and political will to act. The social sciences can play a vital role in informing current and future political discussion by bringing scientific evidence to bear on several of the proposals under consideration, particularly now that the CDC is no longer forbidden from funding gun violence research. The Coalition of National Researchers, an interdisciplinary group of scholars who have studied school safety and violence prevention for decades, has published an evidence base and call to action (Flannery et al. 2019). A forthcoming volume of The ANNALS about gun violence prevention will feature articles about the evolution of gun culture, the effectiveness of restrictive and permissive laws, and strategies to prevent mass shootings.

I am cautiously hopeful, but not optimistic, that some form of federal legislation will be enacted. A bipartisan committee has begun discussing gun legislation in the wake of the Uvalde school shooting and the Buffalo grocery store shootings, yet polarized positions prevail. Texas Senator John Cornyn is open to finding common ground on gun legislation, unlike Senator Ted Cruz, who remains an outspoken and staunch supporter of gun rights. Governor Greg Abbott is walking a tightrope after signing the Constitutional Carry Law (HB 1927), which went into effect in September 2021. Although it requires handguns to be holstered, the law makes no specific provisions about carrying long guns, and Texas is one of 44 states that allows 18-year-olds to purchase long guns. A robust body of evidence shows that the human brain continues to develop beyond age 21; why, then, should 18-year-olds be permitted to purchase semi-automatic weapons and ammunition designed for warfare?

Scientific evidence about how to reduce gun violence and increase school safety is strong and consistent; only political will is missing, as poignantly stated in Amanda Gorman’s moving response to the national epidemic of violence. The bipartisan committee would do well to heed her call to action in the fourth stanza, quoted here.

May we not just grieve, but give:
May we not just ache, but act;
May our signed right to bear arms
Never blind our sight from shared harm;
May we choose our children over chaos.
May another innocent never be lost.
—Amanda Gorman, “Hymn for the Hurting”