President’s Corner: Census 2020–The Challenge That Won’t Go Away

A census challenge—George Washington complained about it in 1790—is locating and recording the “hard-to-count.”  The hard-to-count were reliably measured in the 1940s at 5.4 percent.  Operational innovations were applied, resulting in steady improvement, although uneven counts of different population groups (“differential undercount”) persisted. Even this was nearly erased in the 2010 census. This success is not expected in 2020.

The reason is political, not technical.  The “challenge that won’t go away” is not the differential undercount, which statistical and operational innovations (and money) can overcome.  It is reoccurring partisan interference in the production of census statistics. As most readers know, across four censuses (1970–2000) there was a partisan battle over dual-system estimation and sampling for nonresponse follow-up (see Prewitt 2010). That battle, focused on the undercount of racial minorities, has today been largely replaced with an even more intense partisan battle focused on immigration and citizenship.   The forty million citizen and noncitizen immigrants who were counted in the 2010 census redistributed eighteen congressional seats. Sixteen went to states that voted blue in 2012.  That is why, as I write, it is highly likely that the Supreme Court will rule on whether the Trump administration’s insistence on a citizenship question on the 2020 census is allowable—notwithstanding evidence that it will substantially reduce the response rate in immigrant households (differentially clustered in blue states). 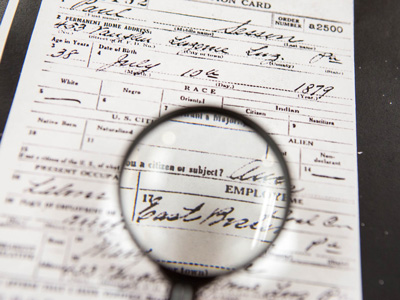 The use of census statistics is inherently political, intentionally so in regard to apportionment, and legitimately so across many other applications. It is when the production of those statistics is intentionally partisan that the implications should most worry us.  Can even the census be deformed by our intense political polarization?  Of one thing I am certain: A census questionnaire designed to gain partisan advantage by selectively depressing public cooperation can move House seats, electoral college votes, and federal funding (both across state borders and within states from urban to rural areas).  The nation is already experiencing something similar in voter suppression strategies.

But an election and a census differ. A low-turnout election is an election nonetheless, and is used to send candidates to legislatures, and even to the White House.  A low-turnout census, on the other hand, is an oxymoron. It is much too early in the 2020 planning and execution to predict a “low-turnout census.” There is, however, evidence that immigrant households are disproportionately worried that the census will be used to harm more than help; and there are strong reasons to believe those worries will intensify if the citizenship question is on the 2020 form (whether administrative records can compensate for higher than expected non-response is being actively examined by the Census Bureau).

Readers of this note need no reminding that an accurate census is foundational to accuracy across the federal statistical system (and of course across academic surveys).  Differential undercounts compromise that accuracy—whether the unit of analysis is demographic or geographic.  From the founding of the American Statistical Association (1839) to the present, social and statistical sciences have been indispensable partners in census-taking.  When I update this note—a year from now—it will without doubt record multiple ways in which that partnership is helping to prevent a low-turnout census in 2020.