The AAPSS Daniel Patrick Moynihan Prize event and panel discussion that took place on May 13, 2021, focused on the future of cooperative solutions to climate change and how leaders might make the most of this moment’s unique confluence of priorities, policies, and public support. 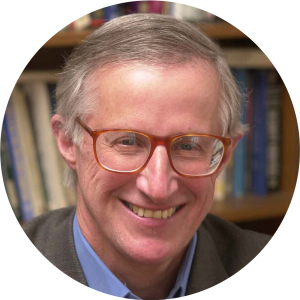 Moynihan Prize recipient Dr. William Nordhaus of Yale University began the event with his own reflections on issues of climate change, noting that “policy so far has really not made a dent, or not a significant dent, on the trend of carbon emissions.” He stated that a high price for CO2 and other greenhouse gas emissions are the key to sharp emissions reductions. He also observed that international agreements have been “plagued by the fact that they’re voluntary agreements.” For international agreements to be effective, he said, they need incentives “for countries to participate and to spend the necessary dollars and resources for abatement,” a concept that Nordhaus has termed a “climate club.”

A discussion of carbon pricing approaches, climate clubs, and contemporary international climate policy followed, moderated by Dr. Robert Keohane of Princeton University. Nordhaus was joined by three panelists: David Victor (University of California, San Diego), Rachel Kyte (Tufts University), and Kathryn Harrison (The University of British Columbia). Victor, addressing political factors, stated that “we’re not going to make progress on the problem thinking about this as just a global kumbaya agreement; we’re going to have to work in smaller groups that are compelled to get something done and to punish those that don’t.” Kyte emphasized the importance of infrastructure, noting that China, the EU, and the US, among other countries, are all currently pointed toward a zero net carbon economy, and infrastructure is critical to their journeys. Harrison discussed how sectoral regulations, which are generally popular, offer an initial way forward, but she asserted that carbon pricing is an attractive complement to that strategy, “one that could be more important over the long haul, especially if it’s backed up by tariffs or border carbon adjustments.”

Nordhaus cited COVID vaccine development as an example of how “smart, targeted government interventions” can have a big effect. But “technology’s not going to [solve the climate crisis] alone,” he continued, “because it needs some incentives to do it. But if we can do it more inexpensively, if we can make the transition cheaper, that helps with the politics, it helps with getting uniform carbon pricing, it helps with the border issues, it helps with everything, and high carbon prices help induce innovation in the private sector, so these are very much interlocking strategies.”

This event was co-sponsored by SAGE Publishing.