Preventing Fatal Police Shootings: It Can Be Done 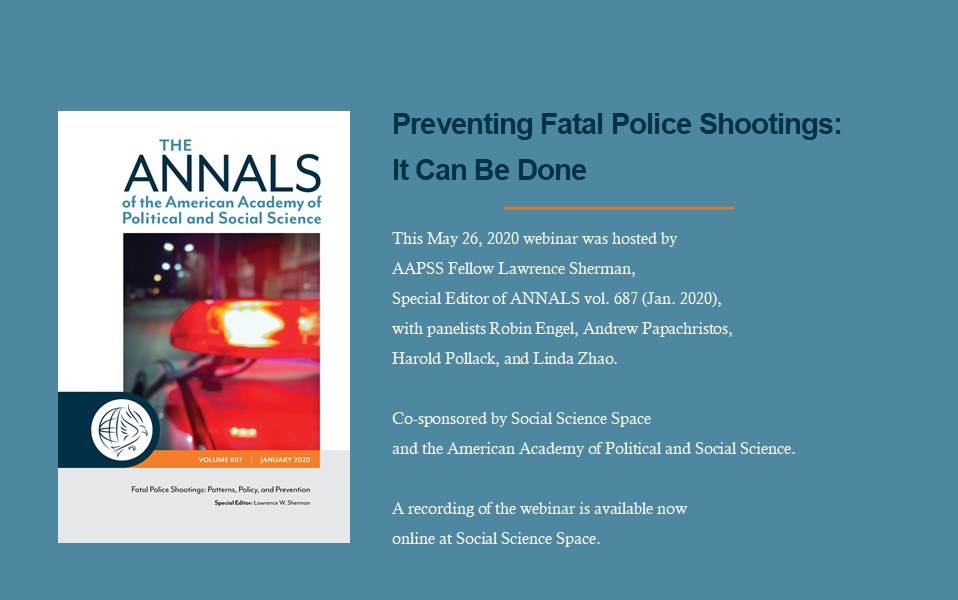 Every year, more than 1,000 Americans die during encounters between police and citizens. And contrary to US Supreme Court opinions, fatal shootings do not inevitably arise from split-second decisions; they are preventable by a broad range of interventions in systems and institutions.

On Tuesday, May 26, the American Academy of Political and Social Science, together with Social Science Space, an online social network sponsored by SAGE Publishing, hosted a free hour-long webinar on how to prevent fatal police shootings. The webinar was moderated by AAPSS Fellow Lawrence Sherman, who recently edited a volume of The ANNALS of the American Academy of Political & Social Science on this topic. Sherman was joined by eminent criminologists Robin Engel, Andrew Papachristos, and Harold Pollack as panelists.

This webinar discussed hopeful scholarship centering on officer-involved shootings and real-world interventions that reduce the number, including mental health innovations, career incentives, and red-flag laws already in place in Indiana.