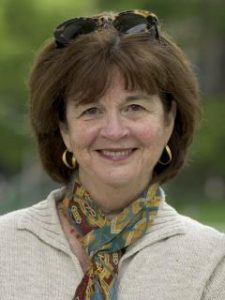 Dr. McLanahan was the William S. Tod Professor of Sociology and Public Affairs at Princeton University. She was the founding director of the Bendheim-Thoman Center for Research on Child Wellbeing (CRCW) at Princeton, and she was Editor-in-Chief of Future of Children, a journal dedicated to providing research and analysis to promote effective policies and programs for children. She was also the author of over 180 articles and seven books, including Children of the Great Recession (with Irwin Garfinkel and Christopher Wimer, 2016); Fathers under Fire: The Revolution in Child Support Enforcement (with Irwin Garfinkel, Daniel Meyer, and Judith Seltzer, 1998); Social Policies for Children (1996); Growing Up with a Single Parent (with Gary Sandefur, 1994), which won the Otis Dudley Duncan Award and the Goode Distinguished Award from the American Sociological Association; Child Support and Child Wellbeing (1994); Child Support Assurance: Design Issues, Expected Impacts, and Political Barriers, as Seen from Wisconsin (1992); and Single Mothers and Their Children: A New American Dilemma (1986). She received the Distinguished Scholar Award from the American Sociological Association Family Section in 2004.

In addition to the AAPSS, Dr. McLanahan was an elected member of the American Academy of Arts and Sciences (2019), the American Philosophical Society (2016),and the National Academy of Sciences (2011). She had held positions on twelve external advisory boards and committees, including the Population Association of America (where she served as President in 2004) and the Russell Sage Foundation (where she was Chair of the Board from 2014 to 2017).

A remembrance of Dr. McClanahan’s life by her colleague, AAPSS Fellow Kathryn Edin, can be found here.