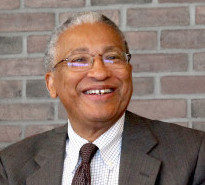 , the 2012 AAPSS W.E.B DuBois Fellow and the Daniel Katz Distinguished University Professor of Psychology, Emeritus, at the University of Michigan, died on September 1 following a long battle with pancreatic cancer.  He was 76 years old.

A social psychologist whose research focused on how race and ethnicity affect development, life experience, and health outcomes, Jackson helped to establish the Program for Research on Black Americans and its groundbreaking “National Survey of Black Americans,” considered the most extensive social, mental, and physical health survey ever done among the Black population in the United States. His work drew from social sciences, health, and medicine, bringing scholarly focus to previously unexamined issues.

His leadership in the sciences began early, remained constant, and was wide-ranging. He had been director of the Institute for Social Research (ISR), along with the Center for Afroamerican and African Studies, at the University of Michigan; was a past national president of both the Black Students Psychological Association and the Association of Black Psychologists; and was co-director of the National Institute on Aging-supported Michigan Center for Urban African American Aging Research. He also served as president of the Consortium of Social Science Associations and of the Society for the Psychological Study of Social Issues. He was a senior health policy investigator at the Robert Wood Johnson Foundation.

In 2014, Jackson was appointed by President Obama to the National Science Board of that National Science Foundation, which advises Congress and the president on national science and engineering policy. He served on numerous advisory committees in the National Institutes of Health. He was the 2015 Recipient of the Warren E. Miller Award for Meritorious Service to the Social Sciences from the Inter-University Consortium for Political and Social Research (ICPSR); 2017 recipient of the inaugural U-M President’s Award for National and State Leadership; and the 2019 recipient of the APA Distinguished Scientific Award for the Applications of Psychology. He was given the University of Michigan’s Inaugural Distinguished Diversity Scholar Career Award in 2017, an award that was immediately renamed the James S. Jackson Distinguished Career Award for Diversity Scholarship in his honor. He received the Robert W. Kleemeier Award for Outstanding Contributions to Research in Aging from the Gerontological Society of America; the James McKeen Cattell Fellow Award for Distinguished Career Contributions in Applied Psychology from the APA; the Solomon Carter Fuller Award from the American Psychiatric Association; the Pearmain Prize for Excellence in Research on Aging from the University of Southern California; the Medal for Distinguished Contributions in Biomedical Sciences from the New York Academy of Medicine; and the 2019 Warren J. Mitofsky Innovators Award from the American Association for Public Opinion Research.

Jackson was a noted proponent of racial equity in the field of psychology, widely known for his generous mentorship of emerging scholars. Acknowledging this, the National Science Board observed in a statement, “We are the better for him having been among us and the less for the loss of his presence, but we know his legacy will live on through his tremendous scientific contributions and his profound influence on generations of scholars to come.”