Presidential Election in a Pandemic

As the COVID-19 pandemic rages through a presidential election year, the one thing that is certain is uncertainty. Many experts predict that virus caseloads will rise and fall in the US in waves over the next several months, leading to the question of what the repercussions will be for Election Day, the second Tuesday in November.

The pandemic has already had an impact on campaigning, as the presidential candidates have been unable to make traditional visits to swing states or invigorate supporters with in-person speeches and rallies. But according to Thomas Wood’s article in the September 2016 ANNALS, for which AAPSS Fellow Larry Bartels was the Special Editor, this may not have as much of an effect on voter decisions as was previously thought. Wood analyzed media coverage in the 2012 presidential campaign and found candidate visits to have only a very modest effect on local media coverage. He also looked at extensive survey data, finding that although there were probably shifts in voter intentions as a result of these visits, especially among political independents, those shifts were generally small and faded very quickly, within a few days. Wood suggests that campaign resources might better be spent “on those activities that have been shown to more reliably influence voters—such as building out campaign infrastructure at the local level and providing more resources for voter contact.” 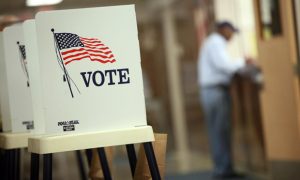 But what if November finds America grappling with another shutdown? Is there a chance that the presidential election would be postponed?

Not really, says AAPSS Fellow Rogers Smith, in a discussion with Kristen de Groot in Penn Today. Smith, a political scientist, studies constitutional law, American political thought, and modern legal and political theory. He notes that presidential elections have been held successfully in extreme conditions on many occasions in the past—during the Civil War, World War I, and the Spanish Flu pandemic, among other chaotic times. Further, only Congress can reschedule a presidential election, and given the political division between the House and the Senate, it is unlikely that the two chambers would agree on a plan to do so in 2020.

Smith states that it should be a priority for the individual states, which are in charge of conducting the election, to start laying the groundwork for mail-in voting options no later than July, which may be a challenge given the ongoing strain of managing COVID-19. Still, he offers that the most likely scenario is that “we will have the election on time, with a mix of mail-in and in-person voting, but we will successfully have the election.”