In a study of Republican voters’ sentiments published in September in the Proceedings of the National Academy of Sciences, AAPSS Fellow Larry Bartels, the May Werthan Shayne Chair of Public Policy and Social Science at Vanderbilt University, concluded that ethnic antagonism has a substantial negative effect on Republicans’ com 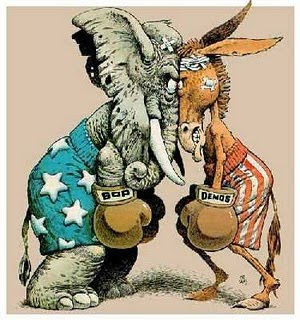 Antidemocratic sentiments clearly exist in both major political parties, but Bartels found that there were significant differences to be found between Republicans and Democrats in the nature and bases of those sentiments. He analyzed responses from 1,151 Republicans and Republican-leaning independents who participated in an online survey in January 2020. The survey asked respondents about topics such as violence in pursuit of political ends, respect for the rule of law, and the legitimacy of elections. A majority of respondents (50.7%) agreed that the “traditional American way of life is disappearing so fast that we may have to use force to save it.” A substantial number (41.3%) agreed that “a time will come when patriotic Americans have to take the law into their own hands.” Many (47.3%) agreed that “strong leaders sometimes have to bend the rules in order to get things done.” Almost three-fourths (73.9%) agreed that it is “hard to trust the results of elections when so many people will vote for anyone who offers a handout.”

Bartels then analyzed 127 survey items to measure six potential bases of Republicans’ political attitudes–partisanship, enthusiasm for President Trump, political cynicism, economic conservatism, cultural conservatism, and ethnic antagonism–ultimately finding that ethnic antagonism was by far the strongest predictor of antidemocratic sentiments, reflecting perceptions that immigrants, African Americans, Latinos, and other out-groups have taken more than their fair share of government resources. “The antidemocratic sentiments are not primarily products of social isolation or insufficient education or political interest,” said Bartels. “Rather, they are grounded in real political values.”

The question, however, is to what extent people who endorse taking the law into their own hands in theory would actually do so in practice, and Bartels concedes that a respondent who expresses support for violence on behalf of the “traditional” American way of life in an opinion survey will not necessarily act violently. He points out, though, that it takes only a few agitators to create turmoil. Further, as citizens express and support antidemocratic attitudes, political elites may be encouraged to engage in antidemocratic behaviors.

“For those who view demographic change as a significant threat to ‘the traditional American way of life,'” Bartels states, “the political stakes could hardly be higher.”