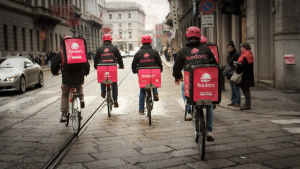 In 2015, economists Alan Krueger of Princeton University and Lawrence Katz of Harvard University published an influential survey of the so-called gig economy. In it, they concluded that the nature of work was rapidly changing, and that what is currently considered the “alternative” workforce—workers in temporary, on-call, contract, or freelance “gig” positions—would soon be the norm.

But a 2017 Labor Department study, the government’s first such study in 12 years, found that the share of workers in alternative work arrangements had actually decreased, from 10.7 percent in 2005 to 10.1 percent in 2017, causing Krueger and Katz to reconsider the data. In a recent article, they stepped back from their 2015 analysis, which they now say was distorted by both the lingering recession and the Labor Department’s imperfect data-collection system for workers holding more than one job.

Krueger and Katz found that in a U.S. labor market that was weak for more than a decade, workers took on odd jobs to supplement sagging incomes, a development that the Labor Department did not have the systems in place to define or measure accurately. As the economy strengthened, though, people returned to more traditional work arrangements.

Adjusting for the flaws that remain in the data, Krueger and Katz now conclude that the share of the workforce in nontraditional jobs rose only modestly between 2005 and 2015, about 1–2 percentage points. As more companies like Uber and Taskrabbit provide opportunities for contingent- or alternative-work arrangements, however, they note the need for the Labor Department to apply consistent measures to accurately identify key trends.