AAPSS Fellow Raj Chetty–working with a group of researchers from Opportunity Insights, a nonpartisan research and policy institute focused on improving economic opportunity that he co-founded–has been performing real-time economic tracking using private-sector data to facilitate ongoing evaluation of the impacts of policy choices. The detailed data the researchers have assembled show that the economic impact of the COVID-19 pandemic in March came disproportionately from high-income households cutting their spending sharply, mainly for in-person services. Businesses in the wealthier neighborhoods in America lost more than 70% of their revenue and subsequently laid off most of their low-income employees, which led to a surge in unemployment claims in affluent areas. Nearly 70% of low-wage workers working in the highest-rent ZIP codes lost their jobs, compared with 30% in the lowest-rent ZIP codes. The study evaluates policies aimed at mitigating the adverse economic impacts of COVID.

The researchers conclude that simply removing government lockdown mandates has had only a modest effect on local employment. They found 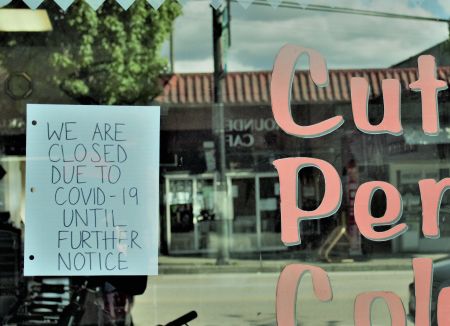 Chetty and his co-authors suggest that traditional macroeconomic tools used to restore employment, such as stimulating demand or providing liquidity to businesses, may not be as effective when consumer spending is constrained by health concerns. Social insurance may be more effective for mitigating economic hardship and addressing disparities during a pandemic. In the long run, they state, the only way to drive economic recovery is to invest in public health efforts that will restore consumer confidence and spending.