Lawrence D. Bobo, the W.E.B. Du Bois Professor of the Social Sciences and chair of the department of African American Studies at Harvard University, was recently named Harvard’s Dean of Social Science. He took up the position on October 1, 2018. 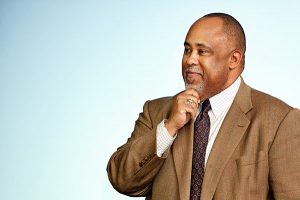 As a Harvard faculty member, where he has been since 1997, except for a stint at Stanford University from 2005 to 2007, Bobo studies race, ethnicity, politics, and social inequality. He helped to create the multidisciplinary “Inequality in America” initiative at Harvard, which conducts and publicizes research on social and economic inequality.

Bobo was inducted as an AAPSS Fellow in 2017 and is also an elected member of the National Academy of Science, the American Philosophical Society, the American Academy of Arts and Sciences, and the American Association for the Advancement of Science. Bobo is the author of Prejudice in Politics: Group Position, Public Opinion, and the Wisconsin Treaty Rights Dispute (Harvard University Press 2006) and co-author of Racial Attitudes in America: Trends and Interpretations (Harvard University Press 1985). He is a founding editor of the Du Bois Review: Social Science Research on Race, published by Cambridge University Press.

In his new role as Dean of Social Science, Bobo oversees all departments, centers, and programs within the Social Science division of Harvard’s Faculty of Arts and Sciences (FAS). He also serves on the Academic Planning Group, advising the FAS on policy and resource issues.