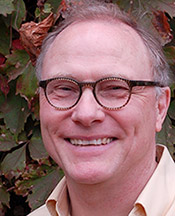 David Card, the AAPSS 2013 John Kenneth Galbraith Fellow whose work was praised for “empirical contributions to labor economics” by the Nobel Prize Committee in its press release, has been awarded the 2021 Nobel Prize in Economic Sciences. He shares the prize with Joshua D. Angrist of MIT and Guido W. Imbens of Stanford University.

Among Card’s influential studies are works that have challenged the notion that higher minimum wages lead to lower employment rates. One study—co-authored with Alan Krueger, also an AAPSS Fellow, who passed away in 2019—compared fast food restaurant employment in New Jersey and Pennsylvania after the minimum wage was increased in New Jersey and found that there was little effect on employment rates. Card has also tested the effects of immigration and education on employment, finding that immigration inflows have a minimal effect on the employment of native-born workers with low education levels.

Card is the Class of 1950 Professor of Economics at the University of California—Berkeley. He directs UC Berkeley’s Center for Labor Economics, the campus’s Econometrics Laboratory, and he previously served as director of the National Bureau of Economic Research’s Labor Studies Program.

Card studied labor economics as an undergraduate at Queen’s University in Ontario, Canada, earning his bachelor’s degree in 1978, followed by a Ph.D. in economics from Princeton in 1983. He has co-authored and edited several books. He co-authored the 1995 book Myth and Measurement: The New Economics of the Minimum Wage (Princeton University Press) and co-edited The Handbook of Labor Economics (1999 and 2011 editions), Seeking a Premier Economy: The Economic Effects of British Economic Reforms (University of Chicago Press, 2004), and Small Differences that Matter: Labor Markets and Income Maintenance in Canada and the United States (University of Chicago Press, 1993). He has also published over 100 journal articles and book chapters. Card was co-editor of Econometrica from 1991 to 1995 and co-editor of the American Economic Review from 2002 to 2005. He taught at Princeton University from 1983 to 1996, and he has held visiting appointments at Columbia University and the Center for Advanced Study in the Behavioral Sciences. He currently serves as president of the American Economic Association.

In 1992 Card was elected a Fellow of the Econometric Society, and in 1998 he was elected to the American Academy of Arts and Sciences. In 1995 he received the American Economic Association’s John Bates Clark Prize, which is awarded every other year to the economist under 40 whose work is judged to have made the most significant contribution to the field. He was a co-recipient of the IZA Labor Economics Award in 2006, and he was awarded the Frisch Medal by the Econometric Society in 2007. In 2015, he received the BBVA Frontiers of Knowledge Award for his contributions to evidence-based economic policy.

In its press release announcing the prize, the Nobel Prize Committee stated that using natural experiments, Card had “analysed the labour market effects of minimum wages, immigration and education. His studies from the early 1990s challenged conventional wisdom, leading to new analyses and additional insights.”

“Card’s studies of core questions for society … have shown that natural experiments are a rich source of knowledge. [This] research has substantially improved our ability to answer key causal questions, which has been of great benefit to society,” said Peter Fredriksson, chair of the Economic Sciences Prize Committee.