Joseph Stiglitz, University Professor at Columbia University and 2001 Nobel Prize winner, has been named the 2014 Daniel Patrick Moynihan Prize Winner, by AAPSS. The Moynihan Prize honors individuals who use sound analysis and social science research to inform public policy, while also contributing to the public discourse on society’s most pressing issues, much like the prize’s namesake, the late Senator Moynihan, did. Stiglitz has contributed greatly to our understanding of the sources and dire ramifications of economic inequality in America, in works such as his most recent book, The Price of Inequality (W.W. Norton and Company 2012). Stiglitz’s illustrious academic career is coupled with an impressive career in public service. He was a member of the Council of Economic Advisers from 1993 to 1995 during the Clinton administration; and from 1997 to 2000, he was the Chief Economist and Senior Vice-President of the World Bank. Stiglitz’s dedication to informed policy-making, as evinced by his research and public service, is aligned with the spirit and intention of the Moynihan Prize.

As part of the Prize ceremony, Dr. Stiglitz gave a public lecture on May 8, 2014, in Washington, DC. 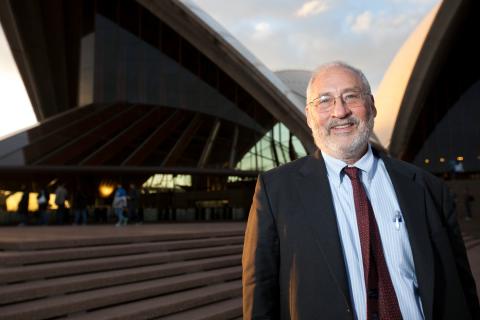