The Academy’s fifth annual Moynihan Prize Ceremony was held in Washington, DC on the evening of May 10, 2012. Former chairman of the Federal Reserve, Paul Volcker, received the 2012 prize. Alice Rivlin, a senior fellow at the Brookings Institution, inaugural winner of the Moynihan Prize and fellow of the Academy, introduced Volcker.

The prize has been awarded annually since 2008 and was created to honor the legacy of the late Senator Daniel Patrick Moynihan, who championed the use of rigorous social science in service of the public good. At the event, Lawrence O’Donnell, host of MSNBC’s “The Last Word,” and one of Moynihan’s former aids, remembered the senator, saying, “Social science was his most valuable currency and he didn’t hoard it, he tried to share it in every way he possibly could.” All three spoke before guests gathered at the Ronal Reagan Building and International Trade Center. Guests included the late senator’s wife, Liz Moynihan, his daughter, Maura, and other notables, including former U.S. executive directors of the IMF, Sam Cross and Nancy Jacklin; former Pennsylvania governor Richard Thornburgh; Academy Fellow Rebecca Blank, who is undersecretary of commerce for economic affairs at the U.S. Department of Commerce; and Amy Gutmann, president of the University of Pennsylvania and wife of Michael Doyle who was inducted as an Academy Fellow that evening.

You can listen to remarks from Volcker and O’Donnell below. 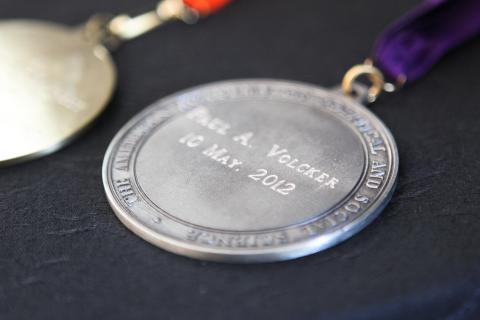 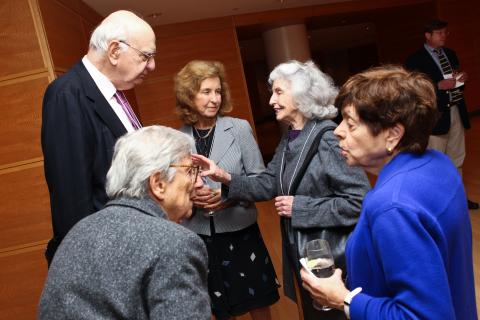