On May 8th, 2008, University of Pennsylvania President Amy Gutmann presented the inaugural Daniel Patrick Moynihan Prize to Alice M. Rivlin, founding director of the Congressional Budget Office and former director of the White House Office of Management and Budget, at a dinner at the University of Pennsylvania Museum of Archaeology and Anthropology. (See “Honoring Intellectual Honesty, Professional Integrity & a Commitment to Justice” for a podcast and transcript of Gutmann’s full presentation remarks and “Sharing a Passion for Getting the Policy Right” for a podcast and transcript of Rivlin’s full acceptance remarks.)  The $20,000 Moynihan Prize was created by the American Academy of Political and Social Science to recognize public officials or scholars who champion the use of informed judgment to improve public policy.  Elizabeth Moynihan and Maura Moynihan were both present at the ceremony for the Prize honoring the late Senator, as were several former aides and friends of the Moynihan family. Journalist Sander Vanocur and Ambassador Peter Galbraith offered tributes to Daniel Patrick Moynihan. (See “Pat Moynihan Ennobled Our Democracy” for Vanocur’s remarks and “Pat Moynihan’s Legacy in International Affairs” for Galbraith’s tribute.)

In introducing the award, the Academy’s president Douglas S. Massey, said that in deciding to create a prize in Daniel Patrick Moynihan’s honor, “what stood out most clearly was the role he played as the Conscience of the Congress when it came to recognizing the importance of evidence in the policy process.  For Pat Moynihan data mattered in making policy, and even more importantly, the quality of data mattered very much.  The Moynihan Prize was designed to honor individuals who share that commitment to the role of scientific evidence in the policy process.” 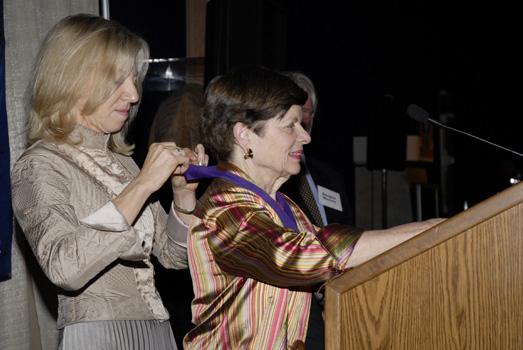