Opportunities to Cut Child Poverty: Understanding the Data and Evidence 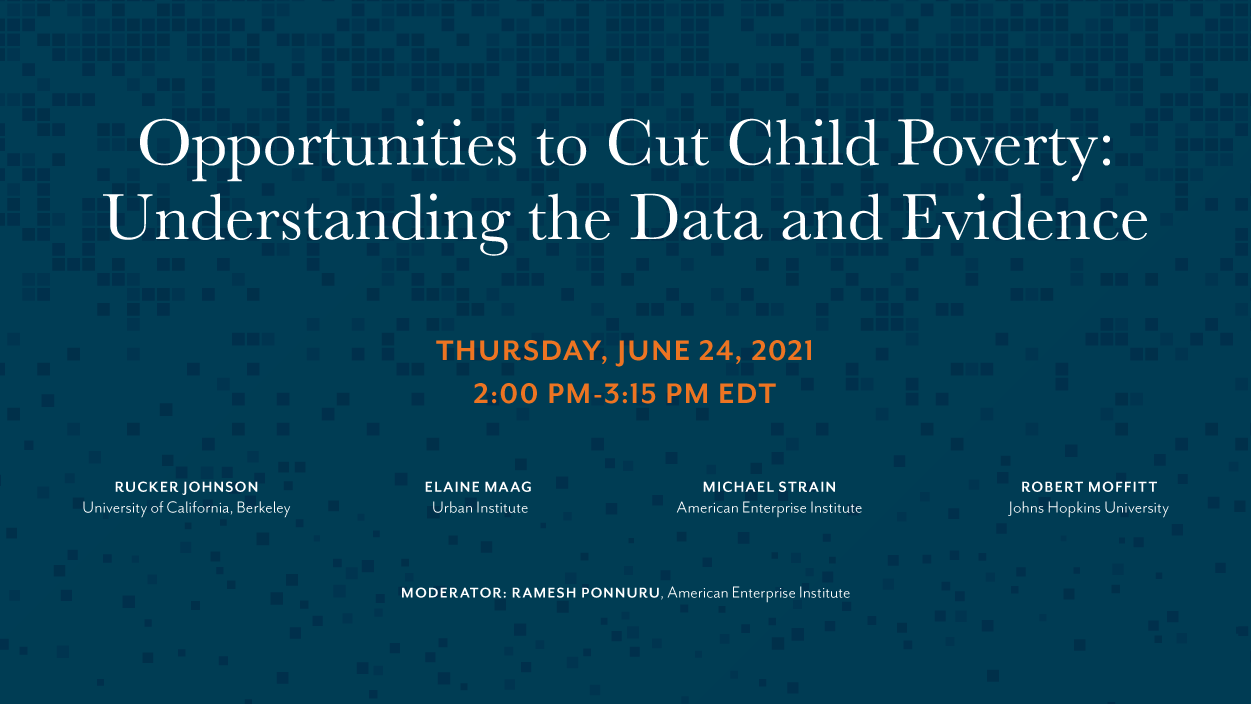 When President Biden signed the American Rescue Plan (ARP) into law in March 2021, observers described it as “the second war on poverty,” almost matching in scope and ambition the first, passed by President Johnson some 57 years ago. However, unlike Johnson’s efforts—which benefited the elderly the most—the ARP will likely have its greatest poverty-reducing impacts on our nation’s children. With provisions of the ARP expiring a year later, Congress needed to decide if it wanted to extend the provisions beyond twelve months or make them an ongoing part of the nation’s system for supporting low-income families with children.

This webinar focused on what we know about child poverty and how we know it: what do the economic and social sciences teach us about gainful approaches to reducing child poverty, and how far do the ARP provisions go toward addressing the problem? Drawing on the 2019 National Academies report, “A Roadmap to Reducing Child Poverty,” our panel of experts discussed what years of rigorous research and analysis tell us about the various policies and investments that contribute to the goal of reducing child poverty—especially disparities in poverty levels across racial and ethnic lines—and the promotion of children’s social and economic mobility.

The American Academy of Political and Social Science and Spotlight on Poverty and Opportunity co-hosted this event, with support from the Robert Wood Johnson Foundation.