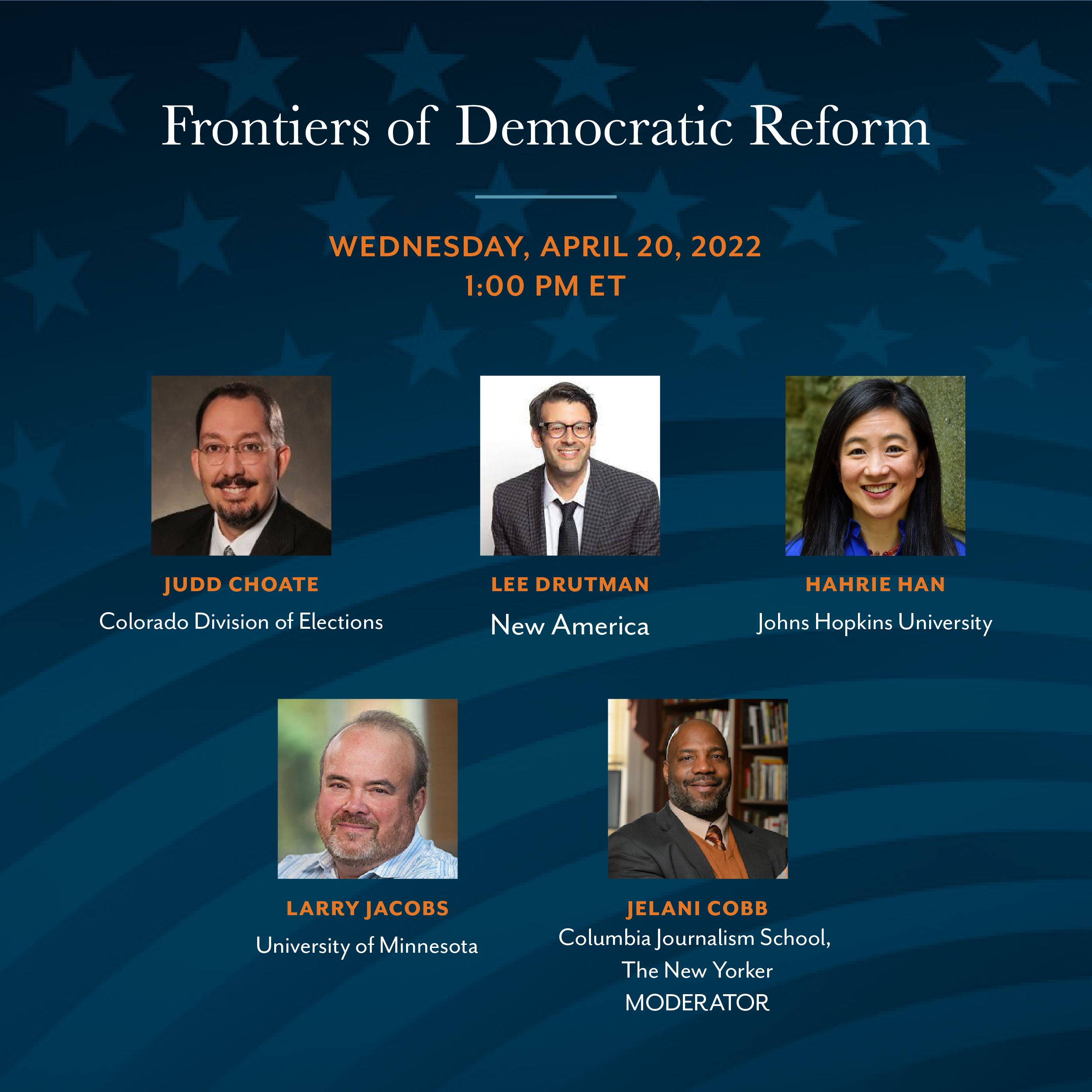 What can be done to solve America’s crisis of democracy? Fifteen months after a literal assault on a central institution of U.S. democracy, one might imagine that Americans would welcome earnest efforts to strengthen the democratic foundations of the republic. Unnervingly, though, extreme polarization and partisanship are steering the nation away from democratic progress, and toward unequal representation and weaker institutions of government.

Please join us on Wednesday, April 20th for a panel discussion that will explore the practical steps that can be taken to guard against democratic backsliding in the United States and bolster the integrity of a functional national government. Topics of discussion will include election administration, political party reform, proportional representation, and civic organizing.

Moderator:
Jelani Cobb of the The New Yorker and Columbia Journalism School

This is the final panel in a series of three discussions about democratic vulnerability and resilience in the United States sponsored by the Mario Einaudi Center for International Studies, The American Academy of Political and Social Science, and the American Democracy Collaborative. The first panel debated current threats to American democracy; and the second panel was an examination of countries around the world that had been making progress toward strengthening democratic institutions, but have experienced backsliding toward autocracy.