Cash and Kids: Momentum on Child Tax Credit Policy and Other Ideas to Increase Family Income 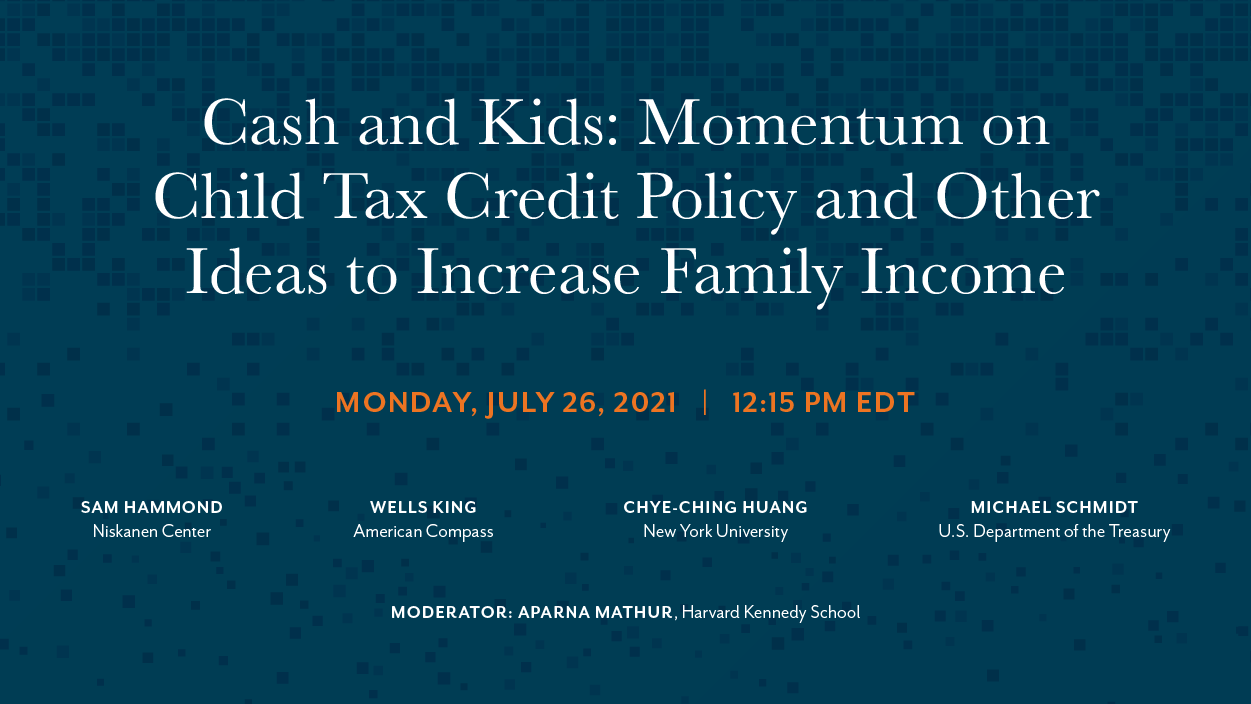 The Child Tax Credit and other supports to increase family income have enjoyed broad bipartisan support for over 20 years. Policy advocates and leaders from Presidents Obama and Trump to former House Speaker Paul Ryan to Senators Michael Bennet (D-CO) and Mitt Romney (R-UT) have proposed and implemented innovative policy solutions to boost family income. Spotlight on Poverty and Opportunity, in partnership with the American Academy of Political and Social Science and with support from the Robert Wood Johnson Foundation, hosted a lively policy debate on extending the expansion of the Child Tax Credit and other policy proposals to support low- to moderate-income families. This session was the second of two webinars on supporting family income and will focus on the legislative state of play with analysis from all sides of the issue from key players in the debate.Speakers:• Senator Michael Bennet (D-CO)• Samuel Hammond, Director of Poverty and Welfare Policy, Niskanen Center• Chye-Ching Huang, Executive Director, Tax Law Center at NYU Law• Avenel Joseph, Vice President for Policy, Robert Wood Johnson Foundation• Wells King, Research Director, American Compass• Michael Schmidt, Senior Advisor, U.S. Department of the TreasuryModerator:• Aparna Mathur, Senior Fellow, Harvard Kennedy School’s Mossavar-Rahmani Center for Business and Government